Director of the Broad Institute of MIT and Harvard, Chief Scientific Officer 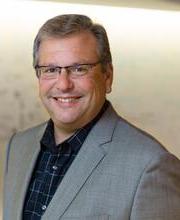 Golub is a world leader in understanding the basis of cancer by creating and applying tools of genomics. He has made fundamental discoveries in the molecular basis of childhood leukemia, and laid the foundation for the diagnosis and classification of human cancers using gene expression analysis. He also pioneered the development of chemical screening approaches based on gene expression.

He joined the faculty of the Dana-Farber Cancer Institute and Harvard Medical School in 1997. At the same time, he served as the leader of cancer genomics at the Whitehead Institute/MIT Center for Genome Research, which evolved into the Cancer Program at the Broad Institute, which he has directed since 2004. Golub is currently the Charles A. Dana Investigator in Human Cancer Genetics at the Dana-Farber Cancer Institute and professor of pediatrics at Harvard Medical School.

He is the recipient of multiple awards, including the Erasmus Hematology Award, the Richard and Hinda Rosenthal Memorial Award and the Outstanding Achievement Award from the American Association for Cancer Research, the Paul Marks Prize for Cancer Research, the E. Mead Johnson Award from the Society for Pediatric Research, and the Judson Daland Prize for Outstanding Achievement in Clinical Investigation from the American Philosophical Society.

Golub has served on the scientific advisory boards of numerous organizations including serving as chair of St. Jude Children’s Research Hospital and the Board of Scientific Advisors of the National Cancer Institute.

Golub received his B.A. from Carleton College and his M.D. from the University of Chicago Pritzker School of Medicine. He completed his internship, residency, and fellowship training at Children’s Hospital Boston and the Dana-Farber Cancer Institute.